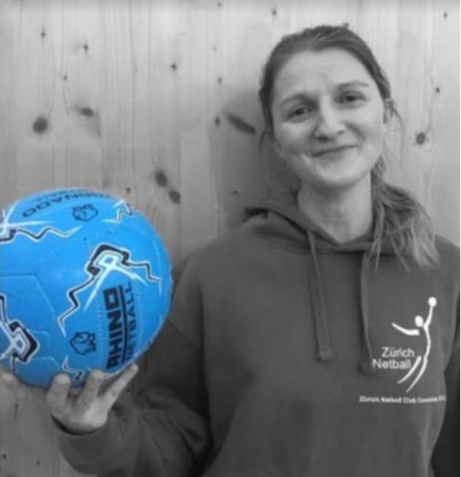 Claudia is Aussie & Swiss. Passionate about netball, Claudia has been playing and coaching in clubs and leagues in Australia. She was thrilled to find Zurich Netball Club in 2012, taking on the roles of President and Coach, sharing her love of netball with like-minded women. Claudia was Captain of the Swiss National Team from 2013. With a goal to further develop Netball in German-speaking Switzerland, and Netball Coaching across the country, Claudia is very excited to be part of the committee.